The Depopulation Imperative: How Many People Can Earth Support?

The current world population is 7.9 billion people. Our demands are already making a massive impact on the earth. Global warming, biodiversity loss, resource depletion, these are all symptoms of a bigger problem, human numbers and excessive consumption. Given our impact on earth now we have to reduce our numbers rapidly. We don’t have time to wait until 2100 for numbers to decrease gradually. After looking at all of the issues surrounding the population debate, The Depopulation Imperative argues that to achieve any reduction we need a profound moral change from an emphasis on the priority of the human to a new basic moral principle that puts the earth first. While the implications of this principle are radical, in the end the book argues that we can do it and there are grounds for hope. 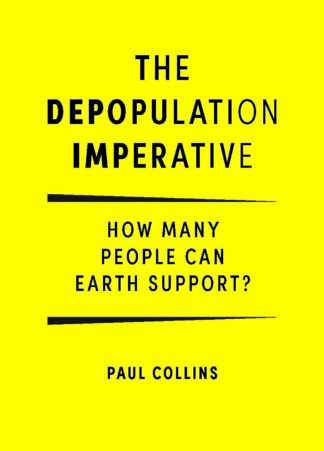 You're viewing: The Depopulation Imperative: How Many People Can Earth Support? $22.95
Add to cart