Keating and his Party Room

The first comprehensive account of a full term of the proceedings of the Labor Party Room, where the Party’s actions and performance in the Parliament are closely scrutinised and debated.

Keating and his Party Room is the first comprehensive account of a full term of the proceedings of the Labor Party Room—the Caucus—where the Party’s actions and performance in the Parliament are closely scrutinised and debated.

Jim Snow became Chair of the Caucus following Labor’s win at the 1993 federal election. Prime Minister Paul Keating suggested the appointment of the factionally unaligned MP and the Caucus unanimously endorsed it. As Chair, he was perfectly placed to observe the deliberations of a body that Keating has called ‘the supreme authority of the government’.

The Hawke and Keating economic and rationalisation policies of the 1980s and 1990s are now widely recognised as having been crucial for Australia’s future development, and they were combined with important social, environmental and industry reforms. This book covers the second Keating government, which was in power from 1993 to 1996.

Snow has brought together his Caucus notes and the records of Labor’s last term in office in the 20th century to describe the government actions on the Mabo High Court ruling and in the fields of communications, superannuation, competition and the Arts. His account deals in detail with the internal leadership contest between Bob Hawke and Paul Keating, and the consequences of internal factional and union politics. The torrid 1993 and 1996 Keating federal election campaigns and three local campaigns are here, including those that saw the rise of Pauline Hanson. He also describes his own approaches to electorate success, drug law reform and over-government. 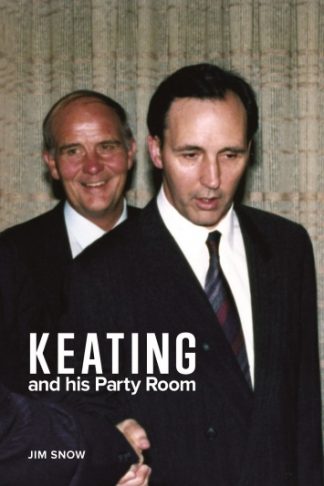 You're viewing: Keating and his Party Room $44.00
Add to cart