Russell Braddon – Burma Railway survivor and prolific man of letters – has left a remarkable legacy: a prisoner-of-war memoir The Naked Island selling two million copies and still in print sixty years later; a total of twenty-nine books including the acclaimed novel The Proud American Boy and biographies of Joan Sutherland, Nancy Wake, and Leonard Cheshire; a series of television documentaries notably the 1988 Australian Bicentenary series Images of Australia; thirty years as a prominent radio broadcaster; and twenty-five years as chairman of the Society of Australian Writers London. In an eventful life 1921–1995, he also developed a telepathy act that topped the bill at the London Palladium, wrote commentaries and features for major newspapers, and led a political action group opposed to Britain’s Common Market entry. This biography investigates those many challenges and achievements – and, for the first time, assesses Russell Braddon’s contribution to society.

Be the first to review “Proud Australian Boy: A Biography of Russell Braddon” Cancel reply 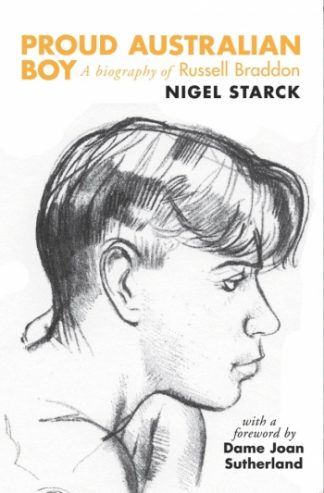 You're viewing: Proud Australian Boy: A Biography of Russell Braddon $34.95
Add to cart