Newspaper magnate, politician, philanthropist. Sir John Langdon Bonython was by the end of the nineteenth century one of the leading figures in South Australia.

Jean Prest's detailed biography examines Bonython's career in journalism from his beginnings as a young reporter for the Adelaide Advertiser to his long, influential tenure as the editor and owner of that newspaper. She brings to light his prominence as a liberal-progressive in South Australian political life and the politics of the new Commonwealth, and as a notable benefactor to educational and other civic institutions and to private causes. 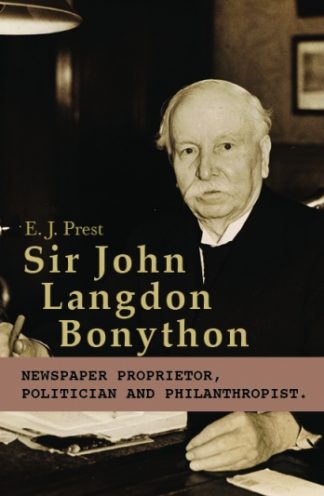