James Bulman-May contends that the science of alchemy is a central reference myth in the novels of Patrick White. He traces the application of the alchemical myth from its first fully fledged representation in The Aunt’s Story 1948 through The Tree of Man 1955, Voss 1957 and Riders in the Chariot 1961 to The Solid Mandala 1966, aiming to establish beyond any doubt that alchemy is a key concept in the complex scenarios of White’s fiction.

White’s application of the fundamental paradigms of alchemy provides a cogent framework of alchemical references. These are the main body of classical hermetic strata on which White’s oeuvre is based. As the main inspirational source for White’s multi-layered texts, alchemy represents a medium for his unique vision of Australian culture, consciousness, and spirituality. A decoding of the alchemical strata embedded in his texts gives direct and informative access to the hermetic myths which are at the centre of his fiction.

White’s texts represent a revival of alchemical lore in an antipodean context. His subliminal focus on the ancient process of gold-making, especially its individuative aspect as interpreted by Jung in Alchemical Studies and Psychology and Alchemy, ultimately leads to his conception of a postcolonial Australian sensibility based on individuation, loving-kindness, and communicative competence. A deeper understanding of White as interlocutor involves an analysis of the role of alchemy and a cognition of Jung’s proposal that this formative paradigm exercises a strong influence on the contemporary imagination.

Be the first to review “Patrick White and Alchemy” Cancel reply 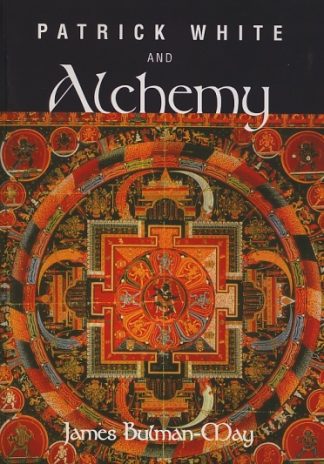 You're viewing: Patrick White and Alchemy $29.95
Add to cart