View cart “Surviving Captivity: The campaign and POW diary of Bob Christie” has been added to your cart.

James Cuming was a farmhand and farrier in Scotland and America before he came to Melbourne, Victoria. There he established the superphosphate industry that powered Australia’s grain frontier in the decades leading to Federation and the early Commonwealth. His memoir – a record of ambition, application, and achievement – is self-questioning and reflective. How had modest abilities brought him success and wealth as a pioneer industrialist? What explained the failure of his father, a man of great promise? How was the son to discharge his obligations to the sometimes-struggling family he had left in Scotland and America, to the working-class community he had generated in Melbourne’s western suburbs of Footscray and Yarraville, and to the needy of the great metropolis beyond? Readers of James’ honest and soul-searching My Struggle Upward will understand why he became renowned for his geniality, humility, benevolence, and generosity.

John Lack is a Principal Fellow and Associate Professor in the School of Historical and Philosophical Studies at the University of Melbourne. 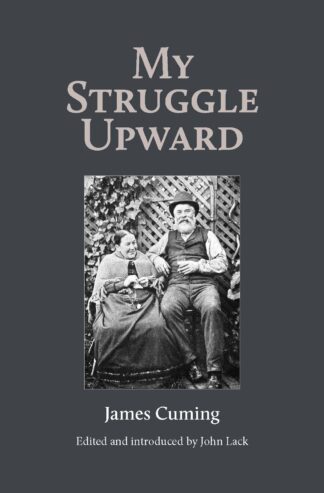 You're viewing: My Struggle Upward: James Cuming $34.95
Add to cart