Nearly fifty years following the Indonesian annexation of East Timor, this tiny, former Portuguese colony remains in the international spotlight. Forgotten Island takes us back to the genesis of the Australian–Indonesian relationship, seeking to answer the question as to why liberal Australia, led by an erudite social democrat in Gough Whitlam, looked away and even became culpably involved in Indonesia’s 1975 invasion of Timor, contrary to the principles Australia and Whitlam espoused.

Tracing the history of Australia’s often troubled relationship with Indonesia, from Independence, through the West New Guinea dispute and onto the Confrontation episode, Australia’s role in the Timor Crisis becomes explicable as it sought accommodation with Suharto’s New Order. This book puts Timor at the centre of powerful forces beyond its control – post-war decolonisation, Portugal’s Carnation Revolution, the Cold War, regional security and Australia’s quest to find a new role in Asia. Aggregating multi-archival sources from around the world, it finally resolves the hotly contested issue concerning Australia’s ‘greenlighting’ of Suharto in advance of the invasion, an exercise in realpolitik against what was to the rest of th­e world, a Forgotten Island.

Bruce Watson first visited Indonesia in 1973. A lawyer by training, with a long career in investment banking, he has extensive in-country experience in Java advising in the resources sector. Bruce Watson holds degrees in Commerce and Law from the University of New South Wales and a Master of Arts majoring in History from the University of Sydney. USYD in 2020 awarded him the PhD upon which this book is based. Bruce Watson lives in Sydney and is married with three adult children. 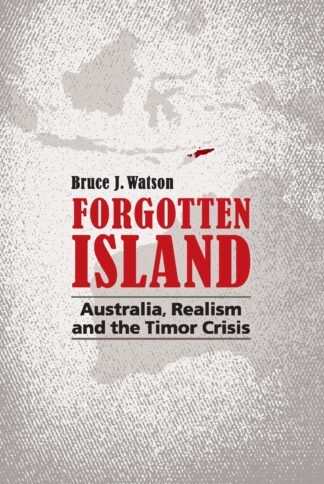 You're viewing: Forgotten Island: Australia, Realism and the Timor Crisis $39.95
Add to cart