This is the story of Charlie Snell and his friends from the district of Bunbury in Western Australia who went to the Great War. In 1960, a trunk of wartime letters and photographs is revealed to a 12-year-old girl by a grandfather who has never recovered from the loss of his younger brother. Years later, she follows a quest to answer her family’s questions about him. Where was Charlie Snell and what was he doing when he met his end?

She seeks also to understand the deep sense of community that infused those letters and the flood of condolences the family received after Charlie’s death.

‘Dr Warburton has produced the sort of fine-grained study of the kind that we have not seen since John McQuilton’s Rural Australia and the Great War, published in 2001.’ —Professor Peter Stanley, FAHA, University of NSW, Canberra 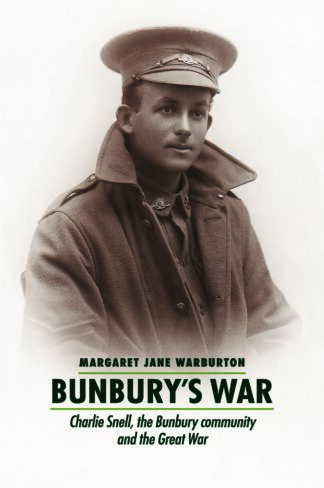 You're viewing: Bunbury’s War: Charlie Snell, the Bunbury community and the Great War $39.95
Add to cart