On love, desire and marriage, a novella. From the the winner of the Xavier Prize for fiction, two Walkley awards for journalism, and the Sir William McKell Award for writing on architecture.

In these stories award-winning author Craig McGregor writes brilliantly about the nature of contemporary relationships and their contradictions: between desire and constancy, love and sexuality, family and solitude. In some, set on the North Coast, we become dramatically aware of the distance between our lives as modern sexual and intellectual travellers and the aboriginal landscape … and of the politics which infuses both. In the shifting, sometimes breathless, intensity of his writing Craig McGregor evokes a vivid sense of what it is like to experience life as a contemporary Australian—as well as a marvellous and exhilarating sense of celebration.

“This is a memoir to treasure, from a wise and talented observer of the past half century”—Kerry O’Brien on Left Hand Drive

“I read your story and I thought it was so perceptively descriptive of the North Coast Aussie scene…it floated in an indefinite time line…it just reeked of coastal bush essence … a real Tom Roberts painting-like mood”—Rusty Miller, surfing legend

Be the first to review “Motel” Cancel reply 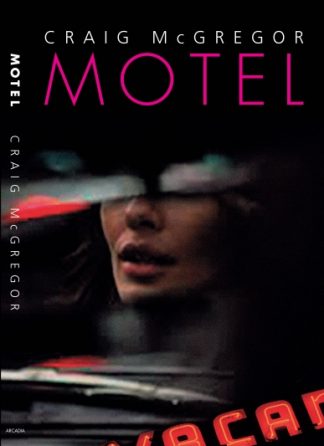