Fourteen-year-old Ivan is mathematically gifted and obsessed with gaming. Excelling in on-line war games, he falls behind in his studies, withdraws from family and friends, and is manipulative in satisfying his obsession. A mysterious, on-line exchange introduces him to equipment that enhances the gaming experience. Through ivan, his mirror image, he embarks on a quest for the secret of Quaternia, a virtual world where mathematical ideas come alive. With each session on the compelling equipment Ivan becomes less communicative, more introverted, while his avatar becomes more human.

Alarmed by the sight of his son being reduced to a shell, Ivan’s father sets out to uncover the identity of the person behind the dangerous game. His detective work leads to a startling revelation, which he must come to terms with in order to save his son from being syphoned into the virtual Ivan.

Praise for The French Mathematician:

‘A superbly sophisticated story that I rate as the best Australian novel I’ve reviewed this year.’

‘A tour de force of imagination and daring. Tom Petsinis appreciates the desperation of genius.’

‘As elegant, witty and poetic as mathematics itself.’

Be the first to review “Quaternia” Cancel reply 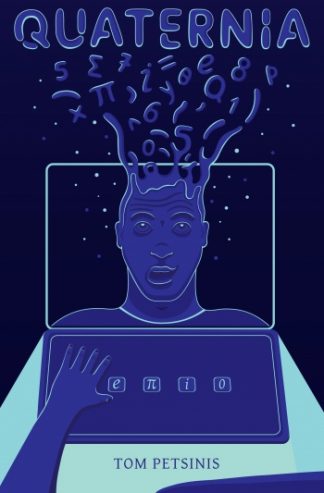