The Historical Guide to New South Wales is a unique reference work. Never before has there been an attempt to succinctly record the location, history, industries, buildings, calamities and the population of over 9,700 cities, towns, villages, hamlets and localities (outside Sydney), whether extant or defunct. Neither has a record ever been made of the numerous surveyors who laid out our towns and the architects, engineers and builders who designed and built their most important structures. The small size of most of these places has never justified their inclusion in any standard reference book and, until now, their location and history have been a mystery to most.

This book attempts to collate the significant details of each place from 1788 to 2020. More specifically, it indicates when a place was settled, surveyed, gazetted and established; the local produce of the district; the public services available and when they were provided; the natural disasters, accidents, epidemics and infestations that affected the inhabitants; the churches where they were baptised and married; the factories, mills and mines in which they worked; and the graveyards and cemeteries where they were buried. In addition, it gives details of many thousands of churches, industrial structures, public buildings, public works and utilities etc. and, in many cases, who designed them, when they were built and by whom. 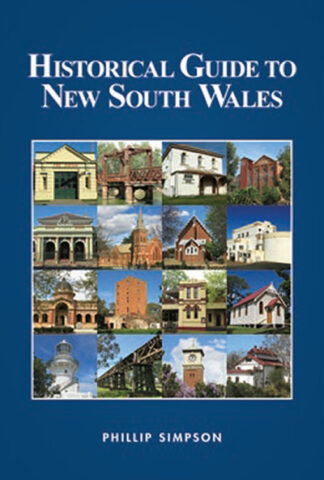