Step back in time to 1860s Sydney, when ragged children populated the harbour city’s slums, picking pockets and scraping a living selling matches and watercress. Neglected youths formed the city’s gangs, thieving and assaulting the unwary. These ‘larrikins’ often ended up in gaol, and received a thorough criminal education from Faginesque professors of the art.

In 1867 a solution to this problem was found. Fitted out for the reception of New South Wales’ delinquent and abandoned boys, a Nautical School Ship was moored permanently within sight of Circular Quay on Sydney Harbour. The Colony’s prisons were drained of their young inmates, and they were herded together in their dozens – and later, hundreds – on board.

Like a Wicked Noah’s Ark is the full and close-up history of this ground-breaking experiment in juvenile reformation, which operated continuously until 1911 on the Vernon and Sobraon. 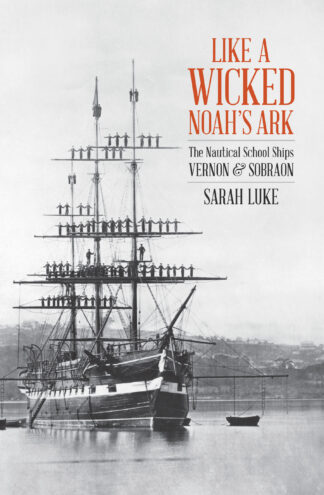 You're viewing: Like a Wicked Noah’s Ark: The Nautical School Ships Vernon & Sobraon $44.00
Add to cart