Hector Crawford – a name synonymous with Australian TV. This compelling story recounts how, as Crawfords influence grew, the off screen politics employed by networks and rivals to diminish his companys power became as exciting as any of his on screen dramas

The tag line ‘This has been a Crawford Production’ still resonates with generations of Australians who grew up with his cops, the Sullivan family or any of the long line of productions that flowed from his legendary company.

His public façade is part of our collective memory but the man behind it, and how his passion and determination changed Australian culture forever is revealed in ‘Hector’.

In this compelling account of his life Rozzi Bazzani recounts vividly how, as Crawford’s influence grew, the off screen politics employed by the TV networks and rivals to diminish his company’s power became as exciting as any of his onscreen dramas.

ROZZI  BAZZANI was a successful singer and studio artist for many years before she turned to writing full time. In addition to spending years of her life researching Hector and Dorothy Crawford’s lives, she co-wrote the musicals Gershwin, The Musical and The King of Corn, and hosted countless radio and TV programs. Ms Bazzani is a graduate of Melbourne University and lives in the Macedon Ranges in Victoria.

‘Formidable research. Tells the rich story of Crawfords before as well as after television arrived.’ – Jock Given, Media International Australia

‘Sub plots-indicate difficulties of Hector’s sister and his wives forging careers and wanting to marry and have families in the 1940’s–50’s.’ –Susan Lever, literary critic, and general editor of the Cambria Australian Literature Series

‘Detailed, and thoroughly researched – a keyhole into the times.’ – Steven Carroll, Sydney Morning Herald and The Age

‘A quite incredible book about the life of radio the TV producer Hector Crawford.’ – Melbourne Observer

Be the first to review “Hector” Cancel reply 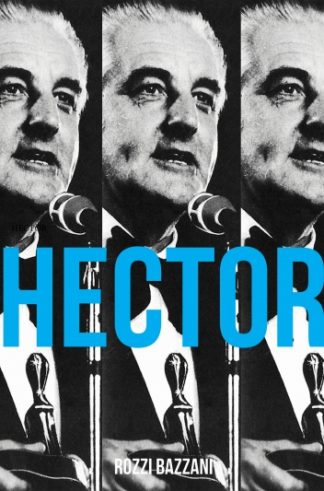