After the 1838 Lower Canada rebellion, 58 French Canadians were convicted of treason, sentenced to death, and later transported to life at hard labour in New South Wales. From the day they left Quebec, until the last man returned home in 1848 their activities were closely observed in journals, diaries and newspapers, and it seems they were viewed with wariness and fascination and treated with leniency. Some became servants and tradesman for their French-speaking superintendent; others were only lightly employed; and with a sympathetic handling of their petitions by the Governor, political efforts locally and in Britain and Canada, and sheer luck, they only served two years before parole was granted and they were pardoned.

Dr Petrie became interested in the fate of the French Canadian Patriotes when he visited the Archives of New South Wales during a sabbatical leave. He was shown documentation of the prisoners as they were landed after their voyage from Quebec on HMS Buffalo and he soon realised that there was a wealth of information on these men. He was also surprised to find that the training track at Concord Oval in Sydney had once been the site of the Patriotes incarceration at Longbottom Stockade. These personal connections led to the long process of collecting information from several international and national archives and securing the translation of the diaries and journals. 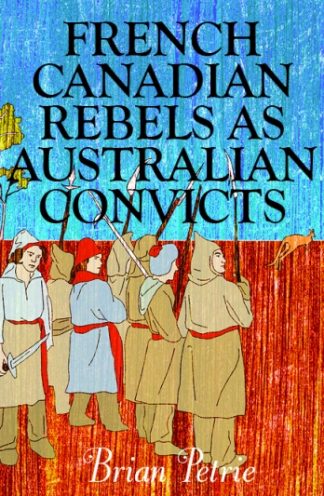