W. Macmahon Ball was a seminal figure in the development of the discipline of political science in Australia. His pioneering efforts at the University of Melbourne from the early 1930s culminated in the establishment of a separate Department of Political Science in 1939, an achievement at least a decade ahead of other Australian universities. As Foundation Professor of Political Science from 1949 he introduced contemporary Asian politics into the University curriculum, giving the study of Asia presence in university education, and created a Department that accommodated a breadth of interests.

His enthusiasm for wider political education met the needs of the newly established Australian Broadcasting Commission from the mid-1930s. With his flair for public speaking and clear exposition Ball became an iconic intellectual of the age of radio, commenting on international affairs. Through his writing and his weekly ABC commentary in Australia in the Pacific, he became an authoritative commentator on Asia in post-war Australia. He endeavoured to make people think about Australia’s relations with the region.

'Mac Ball had many admirers, and some of them have set down accounts of particular aspects of his work. Now, at last, we have a full account that recognises his foundational significance.' — Stuart Macintyre

Be the first to review “W. Macmahon Ball: Politics for the People” Cancel reply 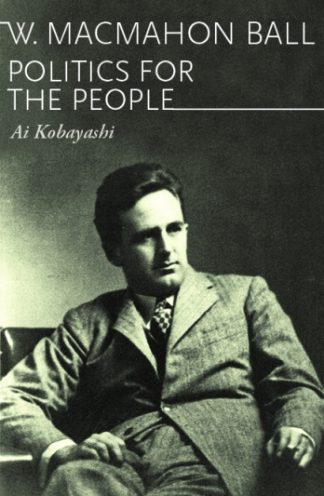 You're viewing: W. Macmahon Ball: Politics for the People $39.95
Add to cart