In Fog the promising, high-spirited young Nick Mangos of Fitzroy Raw is a loner in his late-fifties with signs of failing memory. Wanting to dispel a sense of growing unease, Nick sets out on a foggy night and finds himself, candle in hand, wandering through Fitzroy in search of his boyhood home. He encounters an assortment of vivid characters – rappers, squatters, an arsonist, a graffiti artist, gamblers, sex workers, homeless folk, and people from his past – all of whom are in some way touched by the flame and who further his journey. Through adventure and misadventure his candle is responsible for a fire, a Molotov cocktail, a suspected bomb, which result in a police hunt. Meanwhile, news reports depict Nick as an arsonist, a mad bomber, a terrorist. Mixing pathos and humour, blurring past and present, fusing real and surreal, Fog is a modern-day parable, a long night’s journey toward light, a lost soul’s quest for meaning and homecoming. 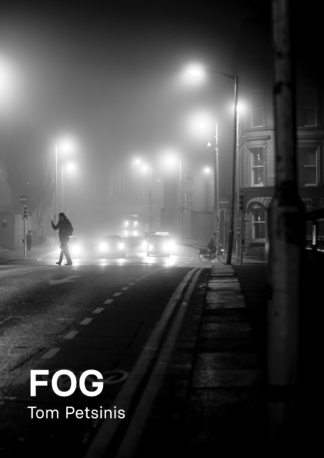