View cart “Class Act: A Life of Creighton Burns” has been added to your cart.

A veteran journalist once said of Creighton Burns that he possessed the qualities of a natural reporter: curiosity, courage and an ability to get along with colleagues and contacts. Another contemporary described him as a ‘class act’ in the rough and tumble world of newspapers.

Although best known as a courageous editor of the Age throughout the 1980s, Burns, in fact, pursued three careers – academic, foreign correspondent and newspaper editor. In each of them he distinguished himself. He also wrote two books on political topics and was the 1949 Rhodes Scholar for Victoria.

Class Act: A Life of Creighton Burns is the story of this engaging and accomplished Australian who joined the navy as a 17-year-old recruit in 1942 and finished his working life as a University Chancellor more than 50 years later.

John Tidey is a journalist and author who has worked in Australia, East Africa, China and the United Kingdom.

After a long career at the Age newspaper he taught in China and at Deakin University in Victoria where he was also an adjunct professor. He is a former President of the Pacific Area Newspaper Publishers Association.

Be the first to review “Class Act: A Life of Creighton Burns” Cancel reply 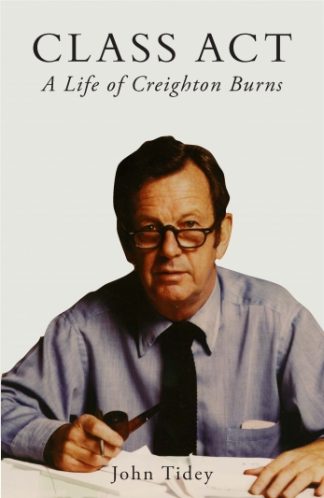 You're viewing: Class Act: A Life of Creighton Burns $34.95
Add to cart