View cart “Blind Optimist: The Life of Lawrie McCredie” has been added to your cart.

The story of Lawrie McCredie, a Lieutenant who lost an arm and his sight but continued to live a life of achievement with great humility and humour

On 14 March 1951, 23-year-old Lieutenant Lawrence McCredie lay on Puckapunyal's gunnery range. His right eye and right arm were gone; his left eye was ruined and cerebral fluid leaked from skull fissures. He should have died right there but he didn't. In Blind Optimist, Di Websdale-Morrissey tells the story of this man who refused to be shunted to the margins, refused to be diminished by adversity, refused to mourn for what might have been. She chronicles his life of achievement and reveals a man of great humility and humour. Lawrie's is a life that makes warm, often humorous reading, but also demonstrates to those for whom life has become dark, the possibility of light for themselves.

Be the first to review “Blind Optimist: The Life of Lawrie McCredie” Cancel reply 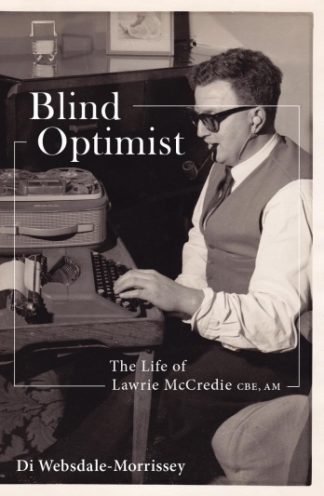 You're viewing: Blind Optimist: The Life of Lawrie McCredie $34.95
Add to cart