‘[T]hese men did not seem to be desirous of communication with strangers; and they very early made signs to our gentlemen to return from whence they came.’ (Matthew Flinders, 1801)

Wilson McOrist has assessed every significant European exploration of Australia from the early 1600s up to the mid-1800s, focusing predominantly on primary sources – the journals of white explorers. In White Fella–Black Fella, he sets out the complete story of when, where and what happened during these cross-cultural encounters. He also addresses questions of real historical value. How did the explorers react when they met seemingly hostile tribes? How did Aborigines react when white men entered their tribal lands? Were explorers able to develop a friendly relationship with tribes they met? Did all explorers act in the same way? Did Aboriginal tribes from different locations around Australia treat the white men in the same manner? What was the role of Aborigines who travelled with white explorers, how did they interact with white men of the exploring party, and what happened when they met Aborigines far removed from their own territories?

As McOrist acknowledges, the perspective of Aboriginal witnesses to these early encounters – the other side of the story – is largely still to be brought to light. Meanwhile, this book dispels conclusively the myth of early explorers travelling in isolation over the Australian continent.

‘The aborigines are always the aggressors, but then the white man is a trespasser in the first instance, which is a cause sufficient for any atrocity to be committed upon him.’ (Ernest Giles, 1889) 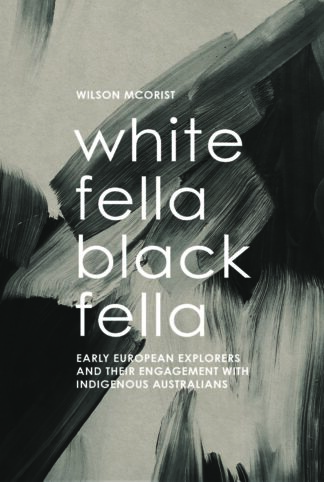