Dr Walter Richardson is known to readers – if at all – as the father of novelist Henry Handel Richardson and as the model for her character Richard Mahony. Richardson is a significant figure in his own right. Not only a dedicated doctor and obstetrician in Ballarat, he was a scholar, a thinker and an eloquent contributor in the debate between science and religion in Melbourne and elsewhere in the 1870s.

'Steele states that he tried to “set aside The Fortunes of Richard Mahony“, emphasising the importance of separating “a novel about a fictional character and the life story of a man”, but this readable, informed study also incorporates the works of H. R. H. in creating a rounded picture of 19th-century immigrant life.' — Steven Carroll, The Age

Bruce Steele AM, FAHA is an Adjunct Research Fellow in the Faculty of Arts, Monash University, and the Monash University Ceremonial Organist. He edited four volumes in the Cambridge University Press edition of the works of D.H. Lawrence. 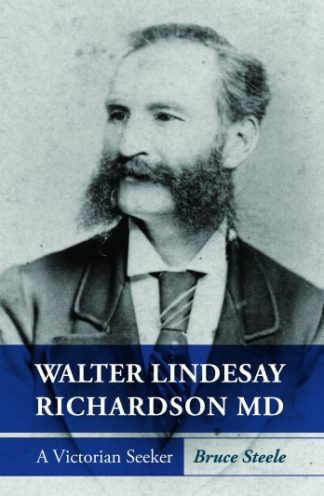