Despite the recent outpouring in interest in our military heritage, the young Victorian credited with 47 victories is virtually unknown to ordinary Australians. He was only 22 when he died in his Sopwith Camel in a solo night pursuit of German bombers above the Western Front on 27 May 1918.

Little combined nerve and aggression in his preferred close-quarter combat, a compulsion for the lone hunt, lethal marksmanship, superb eyesight and reckless bravery in pushing his aircraft to the limit. The qualities which made him a consummate combat pilot were reinforced by astonishing luck over three years of training and combat which earned Alec Little a DSO and Bar, DSC and Bar and Croix de Guerre, but only fleeting fame. His achievements received significant official commemoration and the enduring recognition of military aviation historians and enthusiasts.

Even when stripped of some of the myths, Little’s deeds read like an improbable ripping yarn of pluck and derring-do from the Boys Own Weekly magazine.

So how did he go missing from History’s Page? Melbourne writer Mike Rosel, intrigued by coming across Little’s first fighter at the Royal Air Force Museum, has recreated his motivations and meteoric life and death in the context of the long-gone Anglo-Australian culture. Rosel has resurrected Little through his logbooks, fellow pilots’ reminiscences, research in France, Britain and Australia, and the documents and tales of descendants and his old school. This first biography on Little is also a ‘fair go’ plea for better recognition for the thousands of Australians who fought the same enemy, but in Allied uniforms.

Be the first to review “Unknown Warrior: The Search for Australia's Greatest Ace” Cancel reply 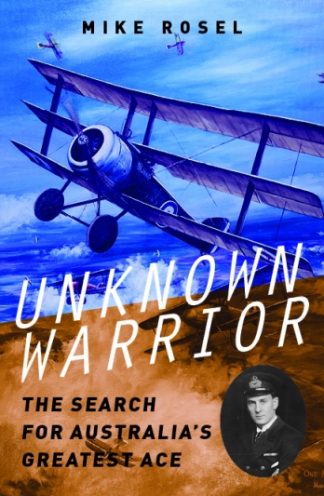 You're viewing: Unknown Warrior: The Search for Australia's Greatest Ace $34.95
Add to cart