The Wild Colonial Boys: Jack Doolan and His Song

Jack Doolan, the bushranger, had a personal history with remarkable parallels with the Wild Colonial Boy song. If he was the inspiration, it undermines the argument for the song's Irish rather than Australian origin

The Wild Colonial Boy – a fictitious character or a badly corrupted version of Bold Jack Donohoe, a convict bushranger born in Dublin and killed in NSW in 1830? Before the first edition of this book appeared in 2004 the standard reference works were agreed that there was no bushranger called Jack Doolan or Dowling or Duggan active in the 1860s, but they were wrong. Allen Mawer had found John Doolan and confirmed that the song was right to say that he had been born in Castlemaine. Even more remarkably, Doolan’s personal history had connections with the song. And how that came about was quite a story in itself.

This revised edition incorporates additional family research by Joy Munns that has traced the last years of John Doolan’s brief life after his release from Pentridge in 1882. It also updates research into the song, narrowing the date range for its creation and further undermining the argument for its Irish rather than Australian origin.

Be the first to review “The Wild Colonial Boys: Jack Doolan and His Song” Cancel reply 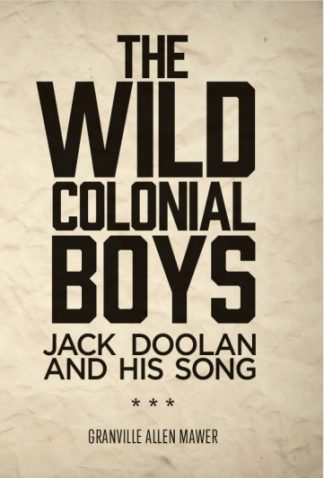 You're viewing: The Wild Colonial Boys: Jack Doolan and His Song $17.50
Add to cart