The Road to Singapore: The Myth of British Betrayal

Generations of Australians have been reared on the belief the fall of Singapore in February 1942 was a British betrayal that exposed Australia to Japanese invasion. In The Road to Singapore a young American historian, using archival records from across the globe, exposes the notion of a British betrayal as nothing more than a myth. British authorities never gave Australia an iron-clad guarantee against enemy attack and invasion and always stressed the need for Australians to take responsibility for home defence. The causes and consequences of the refusal to heed this advice are explained in this scholarly, readable and salutary study.

Be the first to review “The Road to Singapore: The Myth of British Betrayal” Cancel reply 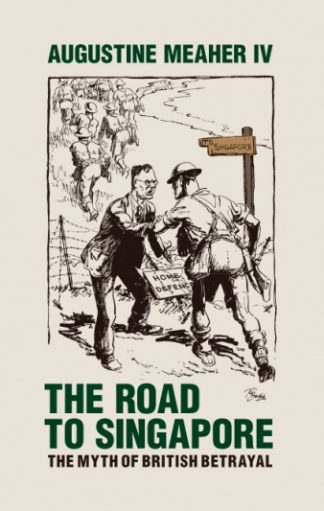 You're viewing: The Road to Singapore: The Myth of British Betrayal $39.95
Add to cart