The Quiet Invasion: A History of Early Sydney

What really happened after the First Fleet arrived? Quiet Invasion is the true history of Sydneys first four years.

What really happened after the First Fleet arrived?

Quiet Invasion is the true history of Sydney’s first four years. A story of first contact, disease and famine, misunderstandings and bloody mindedness, tragedy and resilience. This history explodes the myths about the first years of the convict settlement on the shores of Sydney Cove and should change the way you feel about Australian history.

Week by week, month by month, a detailed story of invader and invaded unfolds as the town of Sydney is literally hacked out of the place once called Warrane. The book follows the men and women who eked out their lives on the shores of Sydney Cove with a host of historical figures: Arthur Phillip, Bennelong, Watkin Tench, Barangaroo, William Dawes, Patyegarang, David Collins, Colbee, John Macarthur, Daringa, Henry Lidgbird Ball, Pemulwuy, William Bradley – to name just a few.

Be the first to review “The Quiet Invasion: A History of Early Sydney” Cancel reply 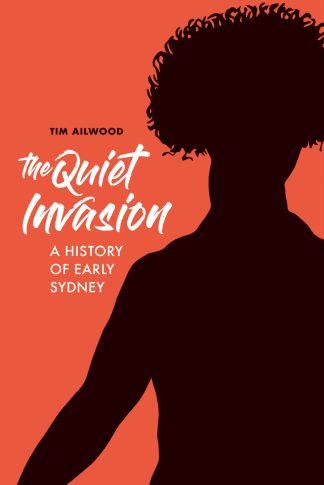 You're viewing: The Quiet Invasion: A History of Early Sydney $44.00
Add to cart