The Prisoner of Mount Warning

How authentic were those stoned revolutionaries?

What if it was all a fraud?

When small-press bibliographer Charles Dorritt recovers from a breakdown by doing a creative writing course, he announces he is publishing his memoirs of torture and sex-slavery at the hands of the security services.

Plant is called to lunch with the arts editor of a metropolitan broadsheet, life style journalist Angela Dark, and political speechwriter Ghostly Sperrit, all of whom seem deeply concerned the revelations should not appear.

They hire Plant to have a word with Dorritt, but Dorritt heads off to Byron Bay and Plant pursues him through the dope lands of northern New South Wales.

A past era of magic mushrooms, free love, American friends, and an alternative newspaper of deep level inauthenticity begins to emerge, something that no one but Plant is keen to see revealed.

From the same college but a different school as John Le Carré, Michael Wilding will open your eyes, and darken your mind, with this vision of the not-so-secret world. 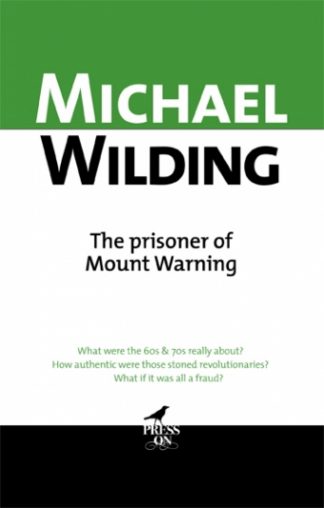 You're viewing: The Prisoner of Mount Warning $24.95
Add to cart