You are an unarmed man in the wilderness being hunted by men with guns and dogs.The ATM business? That number you pulled on the gullible art world? Those anonymous envelopes slipped under the door? Or deeper? Darker? A disappeared daughter? An absent son?

Your name is Hergesheimer. This is your world. Deal with it.

Morris Lurie is a writer of comic novels, short stories, essays, plays, and children's books. His first novel, Rappaport Hodder and Stoughton, 1966 focused on a day in the life of an antique dealer, which was later transplanted to London, and further explored in Rappaport's Revenge 1973. Lurie's self-exile from Australia to Europe, the UK and Northern Africa, provides much of the material for his fiction, one of which, Flying Home 1978, was named by the National Book Council as one of the ten best Australian books of the decade. Lurie is best known for his short stories and has been published in many prestigious magazines including The New Yorker, The Times, Meanjin, Quadrant, Overland, and The Virginia Quarterly.

Hergesheimer Hangs In was launched at the 2011 Melbourne Writers Festival.

Be the first to review “Hergesheimer Hangs In” Cancel reply 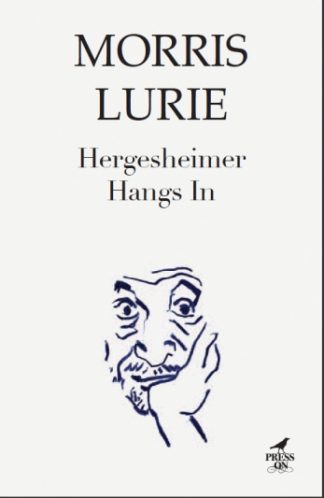 You're viewing: Hergesheimer Hangs In $24.95
Add to cart