The Abrupt Physics of Dying

Oil company engineer, Claymore Straker, finds himself caught in a ruthless struggle between the controllers of the Yemens oil wealth, the shadowy secret service, and rival terrorist factions

Claymore Straker is trying to forget a violent past. Working as an oil company engineer in the wilds of Yemen, he is hijacked at gunpoint by Islamic terrorists. He has a choice: to help uncover the cause of a mysterious sickness afflicting the village close to the company’s processing facility, or watch his close friend die. As the country descends into civil war and village children die, Clay finds himself caught in a ruthless struggle between the controllers of the country’s oil wealth, Yemen’s shadowy secret service, and rival terrorist factions. Accused of a murder he didn’t commit and on the CIA’s wanted list, he must come to terms with his past and confront the powerful forces that want him dead. 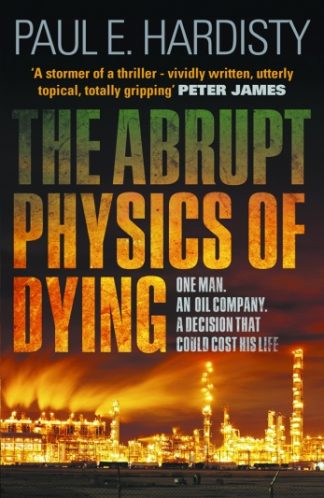 You're viewing: The Abrupt Physics of Dying $29.95
Add to cart