The Australian Government said frankly, we don’t want to accept you, you are never going to get accepted. On the other hand, it wasn’t safe for us to go back home as well. It’s like you are in space, disconnected from the earth and the sky, uncertain of having a future.

Between 2001 and 2008, Australia detained a total of 1,637 asylum-seekers in offshore camps in Papua New Guinea and Nauru. This Pacific Solution policy caused undeniable damage to vulnerable people seeking sanctuary in Australia.

An Amnesty International representative described the Pacific camps as a kind of Dante-like scenario or Fellini-like scenario where you have a lot of people who are just milling around, dressed up with nowhere to go, just waiting. The camps became breeding grounds for relentless anxieties and severe depressions. Some people took medication, others turned to alcohol, hunger strikes and self-harm—measures of last resort for those without hope.

In The Pacific Solution, Susan Metcalfe brings together accounts of her own visits to Nauru, extensive interviews conducted with refugees and advocates, media reports, long-distance correspondence and new research. She engages with the stories of people who, after years of exile in Pacific countries, are now our neighbours, workmates and friends, and for whom Australia is now home.

How, she asks, can we justify what we have done?

We are challenged to ensure that the political policy that underpinned such trauma remains dead and buried forever.

Be the first to review “The Pacific Solution” Cancel reply 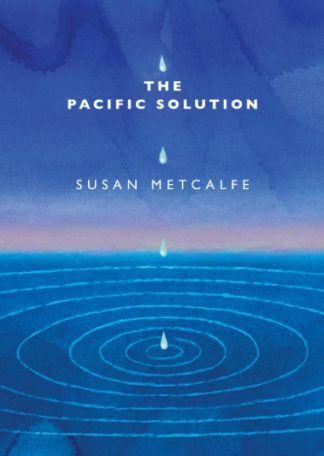 You're viewing: The Pacific Solution $24.95
Add to cart