The police-hunt for the murderers of an English prostitute fanned anti-Chinese hysteria in colonial Melbourne. The horrific crime was enveloped in mystery for months, until political pressure broke the silence and two Chinese suspects were delivered up to the police. It was a delicate time – the interests of all the Chinese in the colony were balanced against those of a few. The Chief of Detectives schemed to ensure his investigation was a success, while honest men warned: 'Justice seeks to arrive at Truth, the policeman aims at a conviction'. At the sensational trial before hanging-judge Redmond Barry, the detectives' star witness intoned: 'I am Fook Shing. I must tell the truth. If I do not tell the truth may thunder kill me and fire come from heaven and burn me up'. Two men were convicted on the basis of highly suspect and circumstantial evidence though public disquiet remained about police methods and the fairness of the trial.

Be the first to review “The Chinawoman” Cancel reply 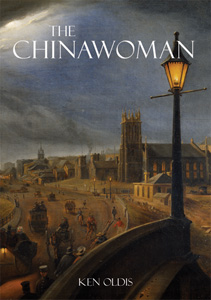