'A very visual story which will lend itself to a splendid action film.' — Peter Coleman

Shark City, a bullet-paced thriller set in Sydney and Bangkok, London and Glasgow, vividly captures the risks of working within the wilderness of mirrors that is covert operations. Returning to Sydney, his birth city, Ross Durman, a specialist contractor, believes he is again working for The Unit, the government agency from which he was expelled. His contact, a former comrade, Anton Van Dieman, reinforces the belief while outlining Durman's mission: to rescue the iconic ironman, Ian (Big Ig) Graeme, found guilty of drug smuggling and on death row in Bangkok…

James Murray's first novel The Pale Sergeant (1986), was long-listed for the Booker Prize. His second novel OlympiAntics: A Factasy was electronically published to coincide with the Sydney 2000 Olympics. His short stories have appeared in The Bulletin, MJ Magazine, Cleo, Australian Short Story, The Canberra Times and Town Magazine (London).

He has supported his fiction habit with corporate histories including: Phoenix to the World: the History of Clyde Industries (1992), Calling the World: The First 100 Years of Alcatel Australia (1995), Beds, Boots and Backpacks: YHA in Australia (co-written with John McCulloch 1997), Lifework: Heroes of Australian Health (1997), The Woolworths Way (1999).

Books he has copy-edited include Killing the Messenger by Dr William McBride, The Hard Way by Harry Gordon and America's Cup – Sailing for Supremacy by Gary Lester and Richard Sleeman.

He wrote and produced the videos Gold, Silver and Bronze: Australians at the Olympics (1984) and Olympic Glory: The Golden Years (1993).

Born in Govan on Glasgow's South Side, James Murray's working life has been equally divided between the United Kingdom and Australia (with working excursions to continental Europe, the United States and Asia). He currently contributes film and book reviews and media commentary to the monthly magazine Annals Australasia while continuing to write fiction.

Be the first to review “Shark City” Cancel reply 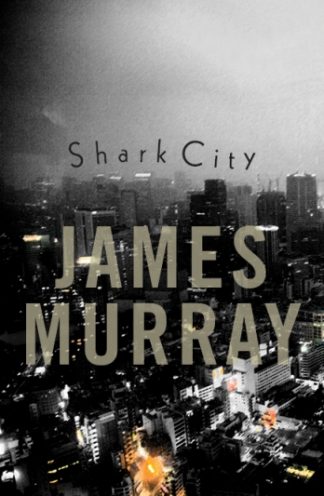