Lt Colonel John Robertson of the 2/29th Battalion AIF, a decorated veteran of the First World War, was killed in action in Malaya on 17 January 1942, the first day of his Battalion’s encounter with Japanese forces.  His death devastated his men but they continued to revere Robbie as they endured more than three years of captivity.

By contrast, some historians have described him as too old and hide-bound for command, as having lost the confidence of General Gordon Bennett, and as having imperilled his troops by refusing to co-operate with the battery from the 4th Anti-Tank Regiment.

Grandson Andrew Warland asks whether the evidence supports such views.  Reproducing the letters Robbie wrote home to his family in 1940–42, he presents a fascinating study of a man who left his family and his business, and ultimately gave his life, to make (in his own words) ‘a better world for us all’. 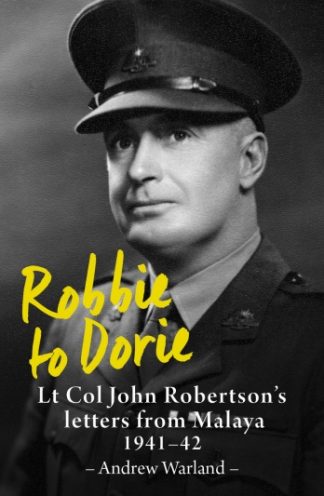