From New Left to Factional Left

When we think of university students in the 1960s we usually think of activism and rebellion. But who were these rebellious students, and what did they want? This book charts the history of protesters who marched, burned effigies of vice-chancellors, and challenged the University curriculum, describing the way they fought each other as much as the establishment. It details the New Lefts rejection of middle class culture and advocacy of a new democratic socialism. It shows how the Whitlam Labor government fulfilled some of the New Lefts aspirations, but contributed to its slow decline. The book chronicles the rise of a Labor Left in the 1980s, seeking to win powerful positions in student politics but divided by factionalism, as was the Labor Party. Many students ignored student politics because of their need to engage in part-time employment. Then came a heavy blow: legislation enacting voluntary student unionism. But the legend of the New Left continues to haunt activists. Is this memory just nostalgia, or do the activists of the 60s and 70s still inspire many radicals? 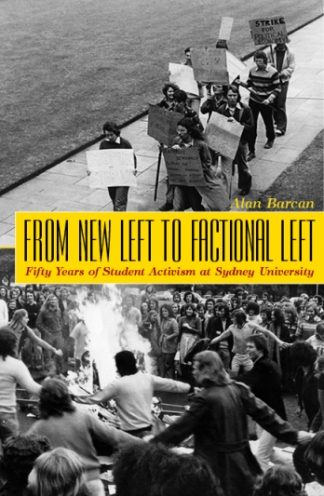 You're viewing: From New Left to Factional Left $44.00
Add to cart