A Tale of Ambition and Unrealised Hope: John Montagu and Sir John Franklin

When Sir John Franklin, polar hero and explorer, succeeded George Arthur as governor of Van Diemen’s Land in January 1837, there was an expectation among some of the colonists that the old, autocratic bureaucracy would be broken up and replaced by a more liberal regime. Franklin however was inexperienced in penal and colonial affairs, and naturally enough, he could not easily evade the advice of Arthur’s close officials, or the “faction” as they were known by their critics. A ‘change of men and measures’ however was not forthcoming, and Franklin placed almost unlimited confidence in his predecessor’s favourites to administer the penal establishment. Against a ‘backdrop which ranges from London to Hobart, from the imperial metropolis to the colonial frontier, from the empire’s hub to its rim’, Craig Joel tells how a civil servant came to usurp the Governor’s authority in his desire to curry favour with British ministers, and in the process profoundly affected the political development of the colony.

Be the first to review “A Tale of Ambition and Unrealised Hope: John Montagu and Sir John Franklin” Cancel reply 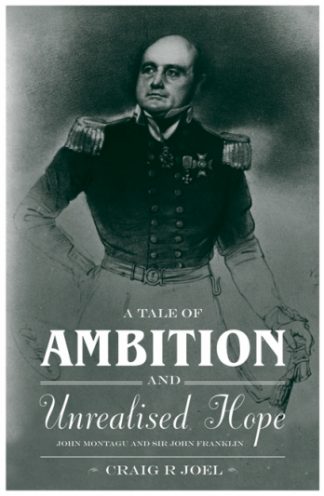 You're viewing: A Tale of Ambition and Unrealised Hope: John Montagu and Sir John Franklin $44.00
Add to cart