Extreme and Dangerous: The Curious Case of Dr Ian Macdonald

This book is about a daughter asking and answering the question—Was my father extreme and dangerous? Why Ian Macdonald was seen as a security threat by so many, and how he was dealt with, is relevant to today’s surveillance of citizens.

In 2007 Kate Hutchison read in her father’s ASIO file that he was ‘extreme’ and ‘dangerous’. These words did not describe the father she knew, an idealist, a life-long communist, a doctor in WW2 who never carried a revolver—but he was so dangerous that the Attorney General drafted a special regulation of the National Security Act 1939–1940 just for him.

This book is the result of Kate’s 13-year research to understand why her father was a problem for federal, military and para-military groups. Kate looks at the information that was covertly collected, how it was interpreted and how the army and government dealt with a citizen it deemed a serious threat. It is also an account of growing up in a middle-class, communist family in Australia. 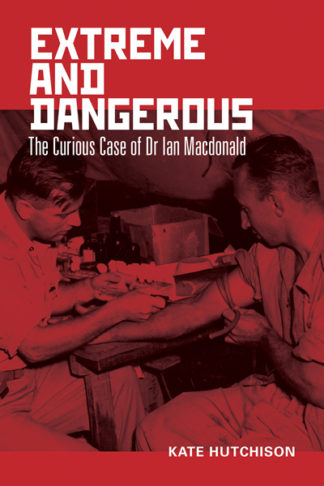 You're viewing: Extreme and Dangerous: The Curious Case of Dr Ian Macdonald $34.95
Add to cart