Dancing with Warriors: A Diplomatic Memoir

Dancing with Warriors is Philip Flood’s memoir of his fifty years working in Australian foreign and trade policy. He is the only person to have headed the Department of Foreign Affairs and Trade, the Office of National Assessments and the Australian International Development Assistance Bureau. He has served in Asia, Europe and the US and has worked closely with several Australian prime ministers, from Gough Whitlam to John Howard. Philip Flood has also headed recent public inquiries into Australia’s intelligence agencies and immigration detention centres.

Over the period covered by this book, Australian foreign and trade policy has seen significant change. Australia has moved closer to Asia, abolished the White Australia policy, strengthened ties with the US and made a dramatic shift from high dependence on the United Kingdom to a broader relationship with Europe. Australia has played an effective role as a middle power – brokering a peace settlement in Cambodia, initiating APEC, ensuring independence for Timor-Leste and contributing to arms control and disarmament; Australia has been welcomed into the OECD and, more recently, the Group of Twenty leading world nations.

Philip Flood argues that successive Australian prime ministers and ministers – the warriors of government as he terms them – have done well in advancing Australia’s security and in building, in particular, wide-ranging official and commercial relations with China, Japan and Indonesia, and to a lesser extent India. Successive governments, however, have not done enough, he argues, to prepare the Australian people for the rise of Asia, failing to develop within Australia a deep understanding of the cultures and languages of those countries that are our nearest neighbours.

Comments on Philip Flood’s career include:

‘… You have … provided a major service to the nation.’
John Howard

‘… Philip did an outstanding job for Australia in Jakarta.’
Bob Hawke

‘… an outstanding career in the service of the people of Australia.’
Gough Whitlam

‘… great contribution to the board of CARE Australia.’
Malcolm Fraser

Be the first to review “Dancing with Warriors: A Diplomatic Memoir” Cancel reply 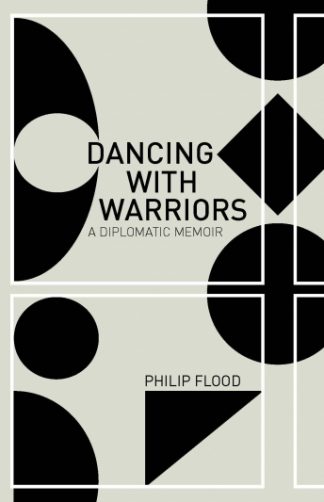 You're viewing: Dancing with Warriors: A Diplomatic Memoir $19.95
Add to cart