'A most significant text that says something new about how student achievement is shaped. Richard Teese cuts across much of the recent talk about reform and allows us to think about the issues afresh. His findings will fascinate everyone.'

Simon Marginson, Professor of Higher Education,
The University of Melbourne

International comparisons show that Australia’s high ranking comes at the cost of persistent inequality and social segregation of students. The ‘lucky country’ is a rich country, but its school system is divided into fortified and exposed sites.

An inequitable and dysfunctional funding regime (recently reviewed by the Gonski committee) has entrenched disadvantage over many years. But this is only part of the explanation. Academic Success and Social Power shows that inequality owes as much to the hierarchy of the curriculum as to the hierarchy of schools that deliver it.

Richard Teese examines the curriculum of English, chemistry and mathematics over fifty years from the end of the Second World War. His book explains how the design and assessment of these subjects favoured young people from educated homes, while the cultural and professional resources of schools in poor areas were too limited to offset home disadvantage. Thus, while successive reforms of curriculum raised intellectual standards, public policy and social conditions undermined access to these standards.

This enlarged edition of Academic Success and Social Power contains new chapters on the place of ancient and modern languages in the academic curriculum and their growth and decline over the post-war period.

Richard Teese is Professor and Director of the Centre for Research on Education Systems in the University of Melbourne. A comparativist, he led the OECD reviews of equity in Spain, Scotland and Ontario between 2005 and 2011. Seven Halfpennies (2008) is an autobiographical study of his childhood and youth.

Be the first to review “Academic Success and Social Power: Examinations and Inequality” Cancel reply 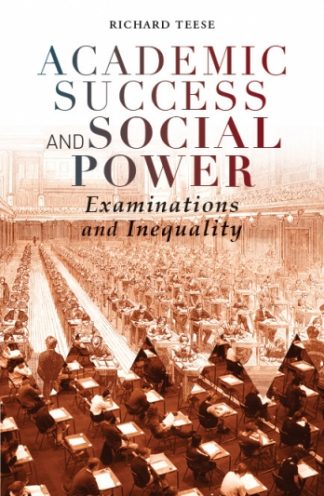 You're viewing: Academic Success and Social Power: Examinations and Inequality $39.95
Add to cart