Liz Lambastier was a successful travel writer. Did she write one last, unpublished book before she died? Plant is hired to find out. It soon becomes evident he is not the only one looking.

Liz Lambastier was a successful travel writer. Did she write one last, unpublished book before she died? Plant is hired to find out. It soon becomes evident he is not the only one looking. What could the missing manuscript contain? Memories of the past to haunt a few people? Revelations of sexual opportunism or – these days – allegations of sexual harassment? Or, conspiracy theorist Fullalove speculates, undercover work in sensitive places? From poetry wars to the secret state, from old times good time girl Hilly Fann to Sasha her niece in the library, from monstrous media mogul Murray Brittan to Hacker the editor with nothing left to edit, Plant investigates.

‘Wilding writes the Plant novels with apparent ease. At the same
time, he dares those among us who are averse to conspiracy
theories to wonder whether we have been too sceptical.’
– Peter Pierce, Weekend Australian, on Little Demon

‘Plant’s case may have started out as a simple criminal
investigation, but it swiftly, and unforgettably, shines brightlights
onto the way we live, and some of the reasons why.’
– Derek Turner, Spectator Australia, on Little Demon

Be the first to review “The Travel Writer” Cancel reply 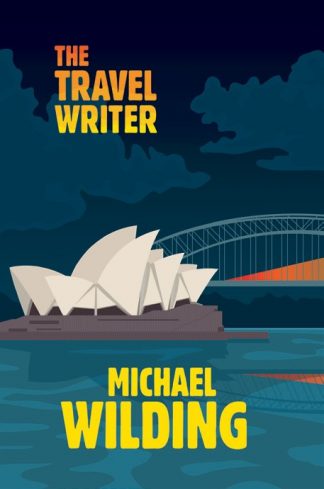