As a journalist, Stewart Cockburn was instinctive and fearless. The 16-year-old copy boy who started at the Adelaide Advertiser in 1938 was to have a career in writing, radio and television that spanned more than 45 years. Restless ambition took him to post-war London with Reuters, to Melbourne with the Herald, to Canberra as Press Secretary to Prime Minister Robert Menzies, and to Washington, DC as Press Attaché at the Australian Embassy.

On returning to the Advertiser, Cockburn’s feature-writing won him a Walkley Award and his opinion columns were ever informative and influential. In 1978 he challenged Premier Don Dunstan’s politically charged sacking of Police Commissioner Harold Salisbury. His tenacious journalism also prompted the 1983 Royal Commission into the scientifically questionable murder conviction of Eddie Splatt. His books included The Salisbury Affair and very fine biographies of South Australia’s long-serving Premier Sir Thomas Playford and, with David Ellyard, the eminent nuclear scientist Sir Mark Oliphant.

In this biography, Stewart Cockburn’s daughter Jennifer draws on his many letters and journals, bringing to life the father she knew and the changing times he so closely observed. 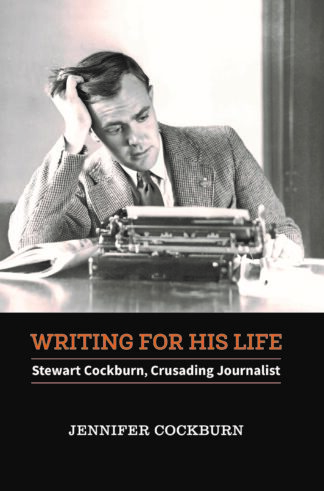 You're viewing: Writing for His Life: Stewart Cockburn, Crusading Journalist $44.00
Add to cart