In 1829 Captain Fremantle formally laid Great Britain’s claim to all of New Holland outside the bounds of New South Wales and to garrison a vast coastline the British created three short-lived military outposts to the north—Fort Dundas Melville Island, 1824–29, Fort Wellington Raffles Bay, 1827–29 and Victoria Port Essington, 1838–49—and Westernport and King George’s Sound in 1826 to the south and far southwest. An award-winning historian’s fine account of imperial assertion.

Be the first to review “World's End: British Military Outputs in the Ring Fence Around Australia” Cancel reply 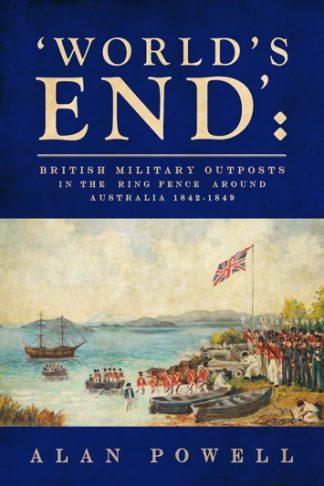 You're viewing: World's End: British Military Outputs in the Ring Fence Around Australia $44.00
Add to cart