Sir William and Mary, Lady Windeyer were a significant couple in 19th century New South Wales, he in politics and law, she as advocate for the rights of women and children.

In politics, William was close to Henry Parkes, especially on education for both girls and boys, and he worked for women's equal rights in property and divorce. As a judge he was often controversial in his conduct of criminal trials, but in other cases his judgements were highly regarded and he not unreasonably aspired to a seat on the Privy Council.

Mary advocated in similar fields, as president of the Womanhood Suffrage League of NSW and the Crown St Women's Hospital, and in fundraising for the Sydney University Women's College and promoting the foster care of children through the foundation of the Boarding Out Society. 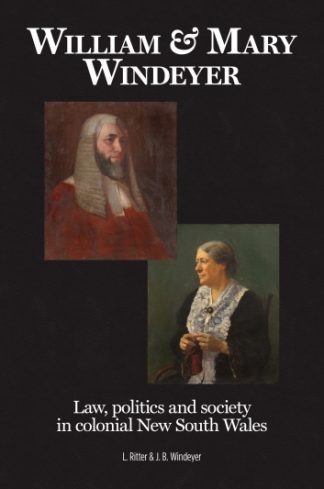