William Henry Williams was one of three foundation lecturers at the newly established University of Tasmania in 1892, and he was in charge of the undergraduate and Honours programs in Classics, English Language and Literature until his retirement as Professor Emeritus in 1925.

Ralph Spaulding explores the formative experiences and influences which prepared Williams for his role as Tasmania’s first professor of English: his study of Classics at Trinity College Cambridge; his teaching at The Leys School Cambridge and his subsequent headmastership of Newington College, Sydney. This biography focuses on his teaching of English at the University and compares Williams’ program with those of Sydney, Melbourne and Adelaide Universities; it also examines his scrupulous editing of texts by writers such as John Dryden, John Skelton and Nicholas Udall, noting that his editions of Ralph Roister Doister and Jacke Jugular won considerable praise from international scholars. 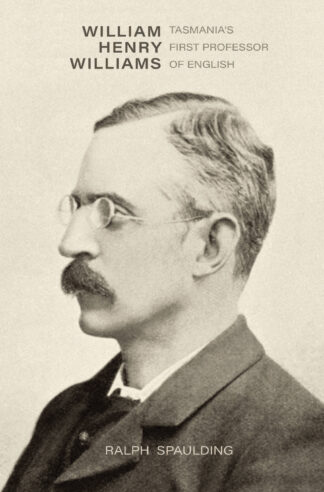