‘When I finished art school just after the Second World War, and was about to embark on my career as a sculptor, I really thought about what sort of sculptor I should be. I looked at the sculpture of all ages and all periods, and I tried to find something that was common to it all. What was the essential thing about sculpture that made it important at every period?’

The answer Tom Bass found to his question was that sculpture was the most social of the arts. It was a matter of creating ‘totems’ that would express the spirit of the community. He set out to become such a sculptor, a visionary for the community. Tom Bass: Totem Maker is the story of this artistic journey.

For more than sixty years, Tom has been one of Australia’s leading sculptors. He has created many of Australia’s most significant and familiar public works including the Trial of Socrates at the University of Melbourne, and the Entrance Sculpture at the National Library. There are also his many religious works, and his work for corporations and children.

Tom Bass, who turned 90 in June 2006, holds the Order of Australia for his services to sculpture.

Harris Smart is a Melbourne writer and film producer. He has published fiction, poetry and feature journalism in Australia and overseas. 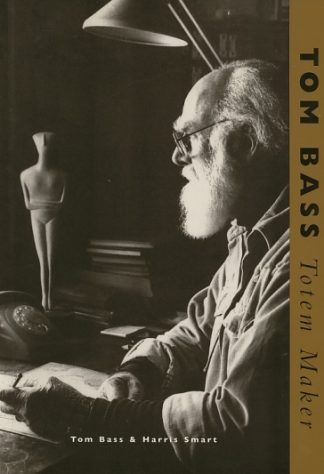