A vibrant tradition of political satire emerged in the newspapers of New South Wales in the 1860s. The Poor Man, a political satire that represented the conservative position on the politics surrounding the land law, is reproduced in this book.

The Poor Man, published as a serial in the Sydney Mail from march to September 1864, chronicled ‘the extraordinary adventures met with, and of the strange sights seen and of the curious things heard, by Mr Redde Pepper’.

Mr Pepper was determined to find a character he believed was the recipient of all law reform – the ‘poor man’. Who was he? Where was he? Mr Pepper’s adventures ran to eighteen instalments, during which he traversed the social landscape of mid-nineteenth-century New South Wales. His descriptions of rural and city life, his reflections on colonial law, his encounters with the working classes and embattled settlers, are not only revealing insights into the values and shared assumptions of colonial society, but a marvellous exposition of conservative attitudes to the social transformation brought about by the gold rush and manhood suffrage.

A.R. Buck is the editor of the Australian Journal of Legal history in the Division of Law at Macquarie University.

Nancy E. Wright is the Director of the Centre for the Interdisciplinary Study of Property Rights at The University of Newcastle.

Together, they have co-edited three books, most recently Women, Property, and the Letters of the Law in Early Modern England 2004 and Despotic Dominion: Property Rights in British Settler Societies 2005. 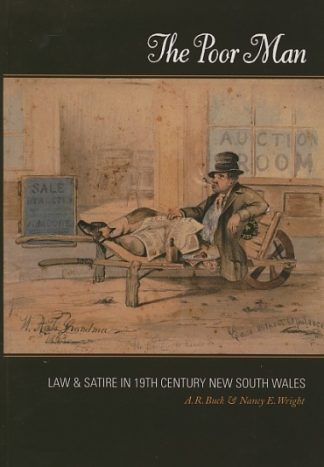