The Magic of It

Revisiting his colonial past in Sydney, academic authority on magic Archer Major receives threatening letters. He gets creepy bookseller Mac Arber to hire Plant to investigate their source. When the letters continue, Major imports Plant to Oxford and sets him up in college. Unreconstructed radical Revill is the prime suspect. He claims Major ran a secret service project to neutralize dissidents by black magic, and ruined his career. And Major's dope-smoking wife, Lucy, seems to be having an affair with Revill. Until he is found dead.

‘With his previous Plant novel, The Prisoner of Mount Warning, Michael Wilding broke new ground. Plant investigates, not the petty individual crimes like kidnapping, murder or extortion, but the big picture – the intellectual and political follies of the age. True to the genre, Plant’s cases start small and grow but, unlike the books in which the bodies pile up, with Wilding the unstable underpinning of modern industrialised society is laid bare. And made hilariously funny.’ – Peter Corris

Be the first to review “The Magic of It” Cancel reply 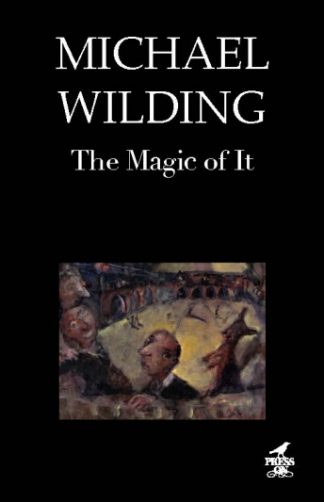