The Art of James Davis

The Art of James Davis is a study of a visionary painter who uses a rich visual language unlike any other in Australian art. James Davis was born in Sydney and studied at The National Art School and Julian Ashton's School of Fine Art.

Davis spent much of his twenties travelling and living in northern Europe, where he leaned towards the abstract expressionist movement. In his early thirties, he abandoned painting, intending to return to art after a year or two—this was not to occur for another fifteen years.

Davis's resurgence was marked by a commitment to figurative, expressionist art and social comment around Fitzroy and Collingwood. In 1993, Davis returned to Europe, producing a new body of work relating primarily to his experiences in Hungary and the Czech Republic.

Now back in Melbourne, Davis continues to paint art that expresses social comment and conscience, as well as garden paintings, now, in a surreal manner.

Ashley Crawford is a freelance cultural critic based in Melbourne. Crawford has been a critic for a number of newspapers and magazines including The Age, The Australian, Art Monthly and Art World and editor and author of works on a number of artists Howard Arkley, Philip Hunter, Stephen Bush. He is also the former editor of World Art, 21.C and Photofile magazines. 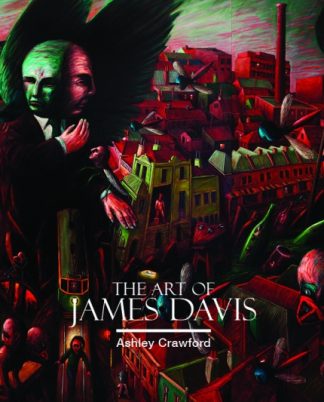