These twentieth-century radicals and their friends, many of them communist, were journalists, artists, feminists, architects, politicians, teachers and scholars.

They were watched by idealists of another sort—the government spies Robert Wake and Michael Bialoguski.

Among the book’s many remarkable characters is Bill Wood, Rhodes scholar, who visited Moscow in 1934 as a witty sceptic, but soon became committed to a communist party he found impossible to leave.

We also meet the early feminist and World Peace advocate Madeline Wood, and the satirical artist Adrienne Parkes who dismissed marriage as “the most odious of monopolies”.  Adrienne’s companion Paul Moline was obliged to adopt his own children, who were later among hundreds the army planned to intern on an island in Bass Strait.

RED draws on ASIO files, contemporary newspapers, interviews and the prolific letters and journalism of those who figure in the book.

Stephen Moline grew up among these radicals. He kept a notebook.

Be the first to review “Red” Cancel reply 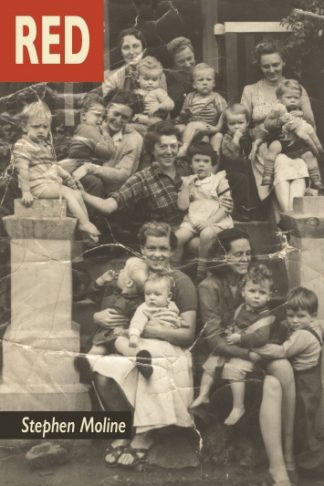