Every summer, the country families load the roof racks and motor south to the Bon Accord hotel. They find order here, beside the sea. Constancy in a changeable world. But this time ladders and workmen choke the foyer. There’s foreign muck on the menu, posters proclaiming a Summer Festival of Writing. And child abductors are lurking on the sun blasted streets, in the tricky dunes. There’s smoke in the hot inland winds. Everything’s different this time. This time Marian Parr is not complete. She knows she should not have come. As love fractures, and old certainties crumble, Marian leans grieving against a balcony post, meddling with the cosmos.

‘…grand and sweeping, full of action but also reflection, and deeply satisfying.’  Sydney Morning Herald on Past the Headlands

Garry Disher grew up in the mid-north of South Australia, which features in a number of his novels, including The Sunken Road nominated for the Booker Prize, Chain of Evidence 2007 crime novel of the year and The Bamboo Flute CBCA book of the year.

After two years working and travelling overseas, Disher moved to Melbourne to do a Masters degree in Australian History at Monash University, later using his research skills to write several novels set in Australia’s recent past: The Stencil Man, The Sunken Road, Past the Headlands and The Divine Wind. The latter won a NSW Premier’s Award and is a popular senior-school English text, selling over 100,000 copies. While studying at Monash, Disher was awarded a creative writing scholarship to Stanford University in California. He taught creative writing for a time on his return to Australia but has been a full-time writer for most of his working life, producing over 40 books – mostly fiction but also history textbooks and the popular handbook, Writing Fiction. His latest novels are Wyatt 2010 crime novel of the year and Whispering Death. He now lives on the Mornington Peninsula, the setting for his internationally popular Challis and Destry police procedurals.

Find more information on Garry Disher and his publications here.

Play Abandoned was launched at the 2011 Melbourne Writers Festival.

Be the first to review “Play Abandoned” Cancel reply 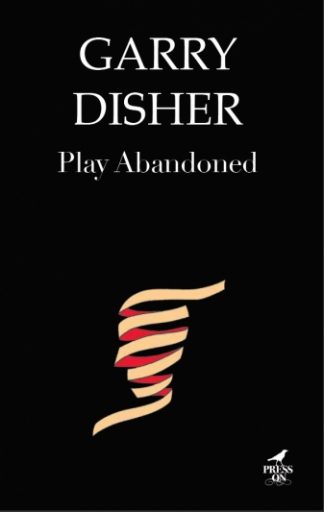