View cart “James Morrill: Captive of Empire” has been added to your cart.

James Morrill was an eye-witness to Australias longest war that roiled the Australian continent episodically for 140 years.

James Morrill was an eye-witness to Australia’s longest war that roiled the Australian continent episodically for 140 years.

Shipwrecked on the Queensland coast in 1846, he lived with the Aboriginal people until he presented himself to the advancing colonists seventeen years later in 1863.

Morrill, concerned about the killing of his companions and the seizure of their lands, took the initiative and appointed himself their emissary to the Queensland government. With his friends’ approval, he sought an end to the violence and requested recognition of Aboriginal land.

Australians in the nineteenth century openly debated the crisis of integrity they faced: how could they continue to justify their remorseless war against the original inhabitants of the country? Newspapers at the time acknowledged the violence on the expanding frontier and the reproach that was threatening to rest upon the history of the nation. They recognized in Morrill an opportunity to avert this tragedy.

Morrill’s proposals were ignored and the war continued. In its aftermath, historians in the first half of the twentieth century erased frontier conflict and produced an expurgated version of Australian history.

This publication contains Morrill’s own story exactly as it was written in 1863. It is addressed to a nation that is much more willing to be reconciled.

Morrill never spoke of guilt: he simply wanted solutions so that both peoples could move forward.

Be the first to review “James Morrill: Captive of Empire” Cancel reply 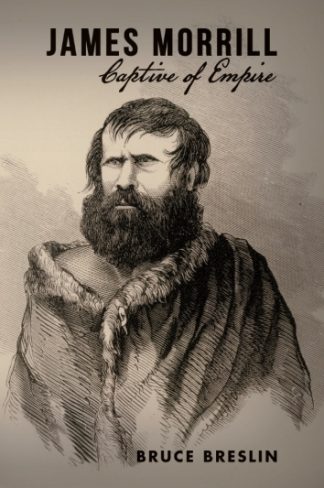 You're viewing: James Morrill: Captive of Empire $34.95
Add to cart