For the Common Weal is a study of the rise of the public high school in Victoria over the last 100 years.

This is a history which begins with a fundamental shift in the economic strategies of Australian families. They lowered their fertility in exchange for educational opportunity. Elementary schooling created the foundation on which this change from biological to cultural reproduction was based. The creation of a mass public high school system extended access to the higher forms of knowledge on which Australia's economic and social organization is based.

For the Common Weal breaks new ground in demonstrating the impact that the public high school has made on the Victorian community. It has raised general levels of attainment, reduced inequalities in secondary education, given access to the academic curriculum, increased transition to tertiary education, and reduced social inequalities in higher education.

But this is a history which also explains why inequalities persist. Richard Teese identifies the barriers to greater social progress and the challenges that must be addressed if the mission of the public high school is to be fulfilled.

Be the first to review “For The Common Weal: The Public High School in Victoria 1910-2010” Cancel reply 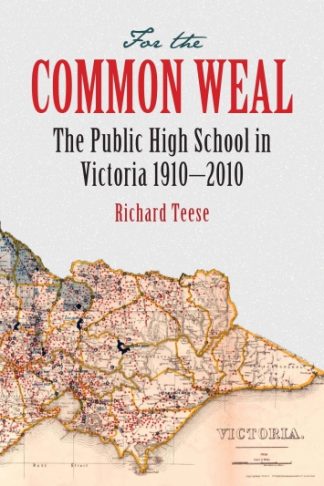