Eggs for Keeps: Poetry Reviews and Other Praise

Eggs For Keeps picks up where the selected essays left off. It features short reviews, of poetry mainly, collected over thirty years, including the decade Hill was Poetry Editor for the Australian – responses to books by Paul Kane, Ian Wedde, Les Murray, Judith Beveridge, Robert Adamson, Seamus Heaney, Carol Anne Duffy, Gary Snyder, DH Lawrence, Kim Mahood, Martin Harrison, Tracy Ryan, Paul Muldoon, Ezra Pound … It contains prize-winning citations for David Malouf, Helen Garner and Paul Carter; and it attends to the monumental translation work of Burton Watson, Ian Johnston, Meredith McKinney and David Hinton. The book closes with Hill’s diary in Chamonix, where he was writing in the presence of Mont Blanc, the mountain which held Shelley in thrall.

Eggs For Keeps has gifts all round for mind-heart on the poetry path. 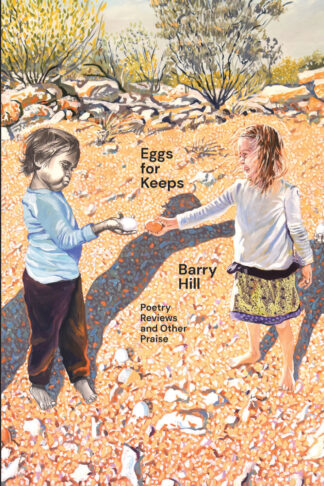 You're viewing: Eggs for Keeps: Poetry Reviews and Other Praise $34.95
Add to cart